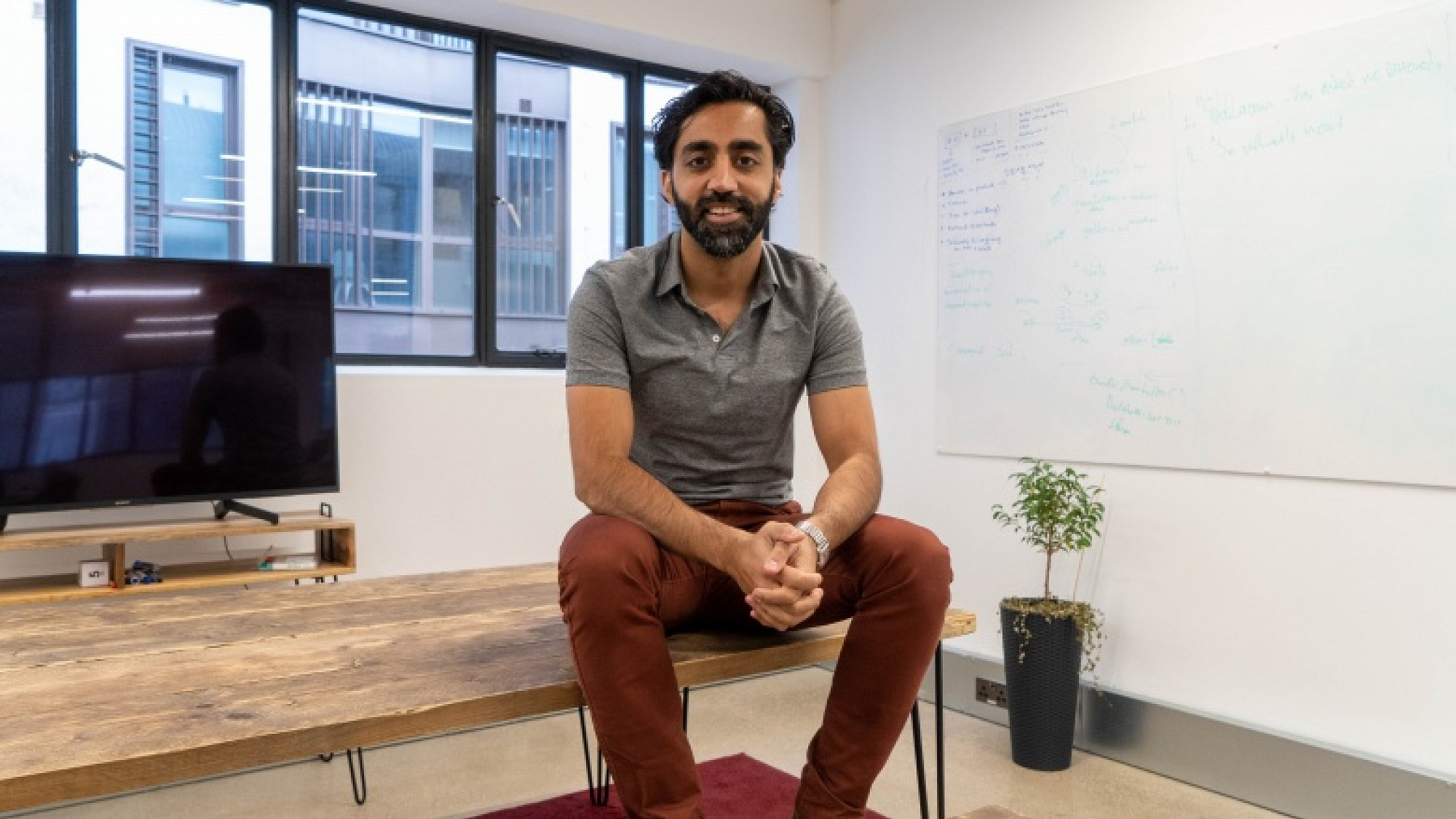 Finding and backing exceptional people is the lifeblood of what we do at Hambro Perks. We have been fortunate enough to partner with a number of outstanding entrepreneurs at HP, and we are grateful that many of them are willing to share their founder journeys with us in our new ‘founder spotlight’ series. We hope this provides you with an insight into life as a founder. Expect to read about light bulb moments, overcoming tough challenges and how from a founder perspective, VC’s can be… Well, very irritating.

We are delighted to announce that our very first founder spotlight is with Shahzad Younas – the founder of one of our portfolio companies, Muzmatch. We first met Shahzad in 2017 and were blown away by the passion and expertise he displayed when discussing Muzmatch. For those that don’t know, Muzmatch is a Muslim match-making app that understands that Muslims ‘don’t date, they marry’ – a cultural difference that conventional dating apps such as Hinge, Bumble and Tinder have been hopeless in catering for. Since its founding in 2014, Muzmatch has been backed by the likes of Y- Combinator, Luxor Capital Group and of course, HP.

Fast forward 6 years and Muzmatch is now the no.1 Muslim match-making app in the world, helping over 3.5 million Muslims on its platform find ‘the one’. We had a quick chat with Shahzad on his experiences so far and what challenges lie ahead for him and his team. It’s really not one to miss!

1) Why did you decide to quit the day job and become an entrepreneur?

I spent 9 years as an investment banker and grew increasingly bored and unchallenged by it. I felt I was getting dumber by the day. Pair that with the pandemonium of the financial crisis and increased regulation post-recession, it was a sector that just made me very uncomfortable on a personal level. I’ve always loved tech and had ambitions to start my own business even in the early days. From the moment I began working in banking I started saving up to quit. I told myself that I must leave by the time I am 30 years old – which I did!

2) What was the ‘lightbulb moment’ for your current business?

Muzmatch was almost just set up as a side project back in 2011 as something I thought I could build without too much effort with the added perks of it benefiting my community. What was out there already was shockingly bad and old fashioned. I would like to think that Muzmatch was pretty revolutionary at the time – the first PAYG dating website – £1 to match someone, 50p to view their photos, no monthly subscription. Fast forward to 2013 and I could see that 80% of my traffic was coming from mobile.  It seemed obvious that such a service should be an app – messaging someone is very personal and people will always want to use a personal device to do this (vs logging on to a website on a laptop). Mobile was the future.

2014 became the year I quit my job, shut down the website and worked on muzmatch app full time which was launched from scratch with zero members.  In 6 months I taught myself how to design and build apps, natively building the app in iOS and Android, a LAMP backend and website.  Muzmatch is the first and only app I have ever built. A further fast forward to the present and now we have over 3.5 million members world-wide and over 60,000 weddings (that we know about)!

3) What has been your greatest learning whilst building a business?

It’s hard. It’s exhausting. No one will ever quite appreciate the drama and effort that goes on behind the scenes. With that in mind, make sure it is something you are interested in and passionate about.  Selling something you’re passionate about is easy because you’re not faking it.

One of the best lessons has been a pro and con. Do as much as you can early on – wear every hat.  Don’t hire too early but also don’t hire too late. It’s a tricky balance but you need to try and understand each part of your business well – I’ve done every role in my organisation, from mobile dev, customer support, and all the way to pay roll in an attempt to be a good leader. Building a solid team is not easy and you’ll make some wrong hires. Figure it out, learn and move on quickly. Also – you are capable of anything – nothing is too complicated to learn yourself. It just takes effort.

4) What is the best advice you’ve received so far and who gave it to you?

The first time we applied to YC we were rejected. Why? They wanted us to show some revenue. Muzmatch needed to start generating revenues came much sooner than I originally wanted to. The benefit here was that it accelerated us proving that this can be a business, and more importantly gave us ammo to put into the learnings for growth. This can compound if done well. It was a huge realisation moment for how the general tech world had moved away from large free properties (with the exception of the obvious tech behemoths) to the need for revenue generation.

Oh, a few months into showing revenue we reapplied to YC and got in! It’s amazing what a chart of some instant impact can do!

5) What are you most worried about in the year ahead?

As ever – maintaining Muzmatch’s growth rates and preserving quality of the product and user base.  It’s also important to keep an eye for new entrants to the market.  We’ve been lucky to be such a trailblazer in the ignored and underserved Muslim dating market and have proven that there is a clear gap here. The big dating giants are taking notice. We need to keep killing it.

6) We know that a big part of being a founder is the constant interactions with VC’s. It got us thinking.. What has been the most irritating piece of feedback you have had from a VC?

I actually prefer to focus on my product and business, respectfully keeping VC’s at bay. As we do well, plenty of VC’s reach out to us (makes a change from my cold emails years ago!). Perhaps it is the ex-banker in me, however one has to be slightly level headed when thinking about the VC community. Credit is shockingly cheap right now, and there is an inherent need to chase higher returns in riskier assets (start ups). Focus on building a solid business whose core metrics are sound and burn is light. In the tech world this is definitely possible. Never be forced into raising money if you can help it. Irritating feedback is usually a VC encouraging a start up to raise more vs actually taking the time to understand the founder, the economics and long term ambitions.